Reproduced from a Hi-Fi Choice published in January 1991 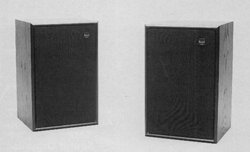 Royd has become something of a specialist in the seven litre enclosure, currently making no fewer than six different models of exactly that same size, selling at every conceivable price from the £115 A7II to the brand new £330 Sintra reviewed here.
That’s not to say Joe Akroyd’s trying to milk the miniature market exactly, rather he just happened to upgrade all three of his older miniature models at the same time. The A7II, Coniston R and Eden remain on the roster, while Seven, Sapphire and Sintra upgrade the performance of each respectively, at sightly higher prices.
The most obvious change is the introduction of a new and slightly unusual port arrangement. Previous Royds have used tube ports which exit at the back of the enclosure and also act as bracing between main driver magnet and the enclosure itself, and in the Eden this consisted of an aluminium tube. Now Royd has come up with a new rubberised high density tube to do a similar acoustic job whilst also acting as an absorber of energy.
There are plenty of other detail differences too, with revisions to crossover and main driver and the substitution of the Vifa tweeter with a more expensive Scanspeak. But in every important respect, Sintra follows in the footsteps of Eden, itself a quirky but in certain ways highly impressive design reviewed and recommended a couple of years back.
Trying to pick one up usually results in a gasp of surprise no-one expects something this small to weigh in at 8kg. There’s no feasible access to the interior, since the frill is fixed to prevent and dust getting into the main driver which is deliberately made without a dust cap. The mass is due, I understand, to slabs of steel which are fixed to the inside massload the panels.
The main driver itself is rather unusual, having a tiny 19mm voice coil and very light paper cone, all mounted in a solid die-cast frame with generous magnet and eight fixing bolts. The soft fabric dome tweeter also has a 19mm diameter coil. All is very nicely, if soberly presented, with a tasty wood veneer. The port exits at the rear, next to a simple pair of 4mm sockets. I wot not of the crossover, save to note a fairly complex impedance characteristic.

Test Report
Sensitivity is a very healthy 88dB/W, and this is in no way compromised by the mild impedance characteristic, though bass extension in one so small is naturally rather severely restricted.
There’s nothing of any real consequence below 50Hz (in room), but the response from 50Hz right up to 1kHz is very well balanced when sited as intended back against the wall. The discontinuity at 1.5 kHz is a little abrupt, as is the final treble roll-off (c13kHz). The best listening position is at, or a little above, the main axis vertically and the appropriate 30 degrees or so off-axis horizontally.

Sound Quality
The Sintra proved rather disappointing in the blind listening tests, which I find difficult to understand since it has become one of my personal favourites. I suspect the explanation may be in its differentness – a factor that often tends to unsettle listeners and generate negative reactions.
Compared with the norm, Sintra does sound rather thin and bight in balance. This is partly due to its lack of real weight, but also to the unusual and very refreshing lack of bloom and boom from its massive and rigid little cabinet.
Having taken the time to adjust to the balance, the impressive qualities of speed, air and razor-sharp timing start to shine through. So low is the cabinet signature, it sometimes reminds me of a panel speaker, but a less welcome consequence is that there’s nothing to hide any midband inadequacies, which in this case amount to the coloration consequent upon a somewhat isolated and projected upper mid. In my book, that’s an acceptable price to pay for the informative and dazzlingly quick mid-bass and the lively and evolving dynamics and coherence, but others may not find the compromise as much to their tastes.

Conclusion
Sonically somewhat idiosyncratic, Sintra is also highly communicative and informative, and a worthwhile improvement over Eden to boot. It doesn’t go particularly loud or deep, but in certain important respects sets standards for miniatures – indeed for loudspeakers in general – which demand recognition. The simple fact that it makes music so enjoyable and involving is ample grounds for Recommendation, though I must add the rider that the sound will not be to every taste. 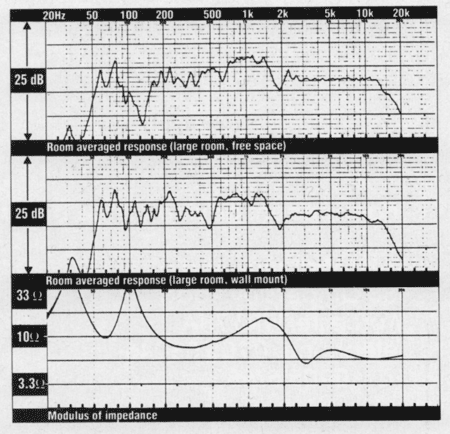