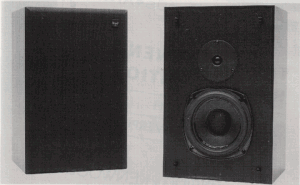 I’ve been rather fond of the Royd speakers I’ve heard so far, and have also built up a healthy respect for one of the pioneers of the ‘small is beautiful’ trend. Anyone with the commercial temerity to offer six identically sided models across a three to one price span, which are differentiated purely by engineering content and sound quality, certainly deserves some respect.
What this review should establish is whether Royd’s obvious mastery of the seven litre ‘miniature’ box is matched when the enclosure volume is doubled. I recollect trying an A14 the best part of a decade ago, but this Mark II version is very different, and currently retails for £199.
It’s certainly a big enough box for the money, though undeniably an ugly one too. Devoid of any decoration, the rather squat shape gives a somewhat dated impression, harking back to the predesigner era. What you do get, however, is a pretty solid helping of engineering content for your money, exemplified by an all up weight of 8kg. The grille is a rather hefty and severe affair, though it’s nicely chamfered and doesn’t have a detrimental effect on the sound.
Unlike most Royds, and despite the fact that a little foam pad inset into the rear panel looks for all the world like a damped port, this is a sealed-box design. There’s nothing partcularly special about the cabinet, which has a 19mm baffle and 15mm sides, is untraced and lightly damped with absorbent. The most important extra is a heavily damped aluminium tube that braces the back of the main driver magnet to the rear panel. Besides well-tightened screws, the drivers are actually glued into place, ensuring good mechanical integrity.
The crossover is minimalist, with no bi-wire or bi-amp option. The main driver has a hefty magnet, pressed steel frame and light 115mm paper cone with very lossy surround. The treble is handled by a small 19mm soft dome with short horn flare.

Test Report
With sensitivity close to average, a kind amplifier loading characteristic and bass extension that is better than most, the overall parameters of the A14 II have been very sensibly chosen to suit most rooms and systems, allowing for the creation of rather more wetly than most bookshelf models can normally manage.
Although the overall balance looks pretty good, the responses could certainly be smoother. The upper mid and presence region (2-4kHz) is slightly forward, and the overall treble is several shades stronger than the norm, and distinctly ragged close to the limit of audibility. Siting should be fairly uncritical, about 30cm from the wall providing roughly the right degree of reinforcement in our test room.

Sound Quality
The A14 II passed muster on the blind listening tests, without in any way distinguishing itself. Most listeners reacted positively to the good sense of timing and the foot-tapping, wellextended bass, but also criticised the rather brash and uncomfortable presentation of high frequencies, attempting to arrive at an overall judgement that combined these observations.
Subsequent seen experiments largely confirmed the findings with the LK20 cable used for the blind tests. Substituting Cyrus solid-core sweetened things considerably, albeit at some price in bounce and speed, while Naim NAC A4 turns out to represent a very good compromise (whereas NAC A5 sounds altogether over the top).
Although the rough edges remain something of an impediment to relaxed enjoyment, the very fact that the A14 II proved so transparent to these changes is itself highly impressive.

Conclusion
Not the prettiest speaker at the price, the A14 II is nevertheless a largely successful attempt at creating a genuinely informative largish bookshelf model, despite its fair share of cosmetic and sonic blemishes. Recommendation is clearly in order, tempered by the warning that this speaker is very sensitive to the precise setup of the system, and apt to sound aggressive and uncomfortable.
Welcome though this newly revised model is, I can’t help hoping that Joe Akroyd will soon turn his attention towards something halfway between his 7s and 14s. The ten or 11 litre compact size that sits midway is justly increasing in popularity, offering a worthwhile volume increase over the miniatures without bringing in too many of the extra engineering difficulties of a 14 litre enclosure. They look a lot prettier too. 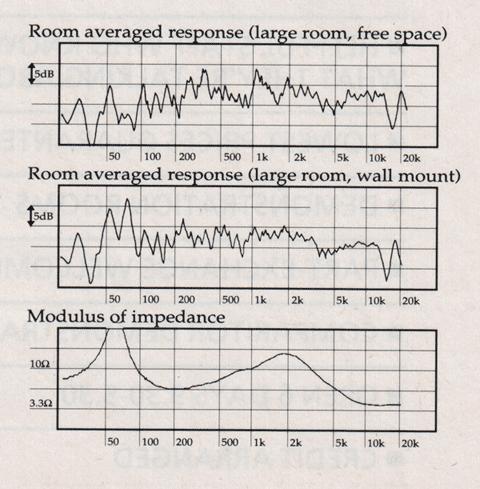